100 Pounds of Methamphetamine Seized on I-80 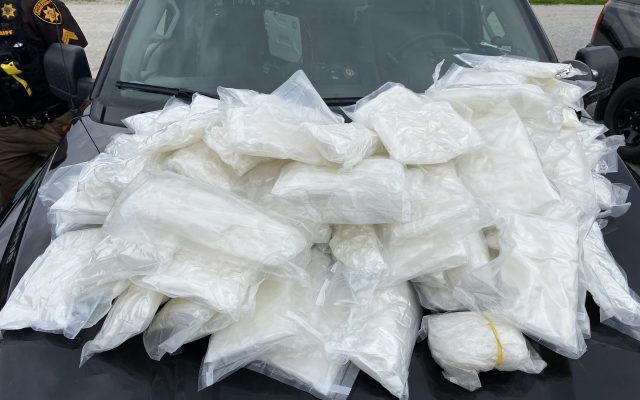 Seward, NE (May 27, 2021) On Wednesday, a Deputy on the Interdiction Task Force  in Seward County  stopped a white Dodge Minivan for a  traffic violation on Interstate 80 eastbound near mile marker 382.

During the traffic stop, the Deputy became suspicious that the driver and  only occupant of the rental vehicle was involved in criminal activity.  Deputies conducted a consensual search and discovered 100 pounds of  methamphetamine in the stow and go natural voids of the vehicle.

The driver of the vehicle Dallas T. Faamausili, 35, of Benton, Washington, was arrested for Possession of a Controlled Substance with Intent to  Deliver, Possession of Methamphetamine over 21 grams and No Drug Tax  Stamp.

The methamphetamine was purchased for two million dollars and  was to be delivered to New Jersey. Faamausili was booked into the  Seward County Jail.