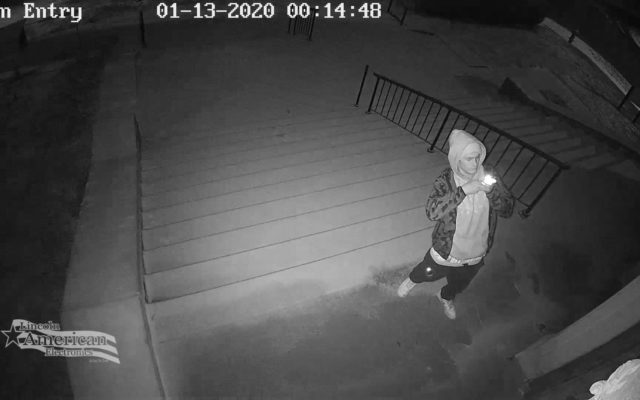 Surveillance photo of the suspect in the South Street Temple vandalism that took place on Monday, Jan. 13, 2020. (Courtesy of Lincoln Police)

Lincoln, NE (December 30, 2020) Two Lincoln synagogues have made an $11,000 donation to two local organizations as a thank you to the community after the temple was victimized by anti-Semitic vandalism in January.

The South Street Temple and Congregation Tifereth Israel made the donation to the Food Bank of Lincoln and Clinic with a Heart.

Last January, a swastika and racial epithets were spray-painted on the front door and steps of The South Street Temple.

A statement to our media partner, 10-11 News, said “Lincoln came together offering donations, attending Shabbat services following the vandalism, and making public statements of solidarity with our community. The Lincoln Jewish Community would like to show their appreciation by supporting two organizations that provide support for our neighbors in these troubled times,” a release to 10-11 News stated.

The vandalism was captured on surveillance video, leading to the arrest of Noah Miller, who was charged with a hate crime.