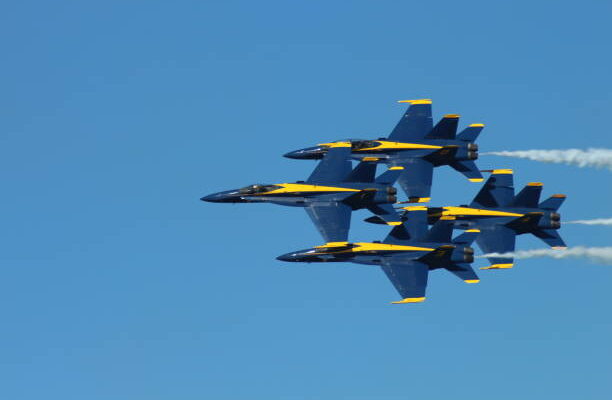 (KFOR NEWS  September 13, 2022)   Next summer’s Guardians of Freedom Airshow will feature joint efforts of collaboration between the 155th Air Refueling Wing of the Nebraska National Guard and 55th Wing of Offutt Air Force Base and USSTRATCOM, highlighting Lincoln’s commitment to the
event and celebration of our flying forces.  Partnering together, the Nebraska National Guard, Offutt Air Force Base, Lincoln Chamber of Commerce, City of Lincoln and the Lincoln Airport Authority will coordinate this family- friendly community event to offer new and unique performers, stunts, exhibits and displays as one of the most anticipated events of the year, with the U.S. Navy’s Blue Angels headlining this year’s show.

“The Nebraska Air National Guard and Nebraska Military Department maintain a close working relationship with the 55th Wing and USSTRATCOM that continues to grow and develop every year,” notes Col. John D. Williams, 155th Air Refueling Wing Commander, based out of Lincoln, Nebraska.  “Along with the Lincoln Airport Authority and Lincoln Chamber of Commerce, we want to celebrate this important partnership and bring awareness to our respective communities and the state.  Our commitment to a joint airshow is an outward sign of roots that run deep between our
organizations and our service members. This is going to be one incredible show for Team Nebraska!”

The Guardians of Freedom Airshow is expected to welcome over 175,000 people to Lincoln for the two-day event, August 26-27, 2023 and will be held on the grounds of the Lincoln Airport.  “We could not be more excited to partner with the 155th Air Refueling Wing on the 2023 Guardians of Freedom Air Show,” said Col. Kristen Thompson, 55th Wing commander. “They, along with the entire city of Lincoln, Lincoln Airport Authority and Nebraska National Guard, have been great hosts to us over the past 18 months and we’re incredibly honored to have this opportunity to thank not only them for their support, but also the local community who’ve bent over backwards to welcome us.”

“In addition, because of a flood, COVID and the runway replacement project, we have not held an air show at Offutt since 2018, so this is an excellent way for us to get back into the mindset of hosting an event of this magnitude,” Thompson added. “This is a partnership that will only continue to flourish into the future and we’re so grateful to have our Guard teammates just 50 miles down the road.”

Lincoln has hosted previous air shows, including most recently in 2016. The 2011 airshow drew over 300,000 spectators, the largest spectator event in Lincoln’s history, featuring over 100 air and ground displays and first-class entertainment for the entire family.

“The Lincoln Chamber of Commerce is excited to play a part in this extraordinary event that will bring our community together in admiration and support for the 155th Air Refueling Wing of the Nebraska National Guard, the 55th Wing at Offutt Air Force Base and USSTRATCOM,” says
Jason Ball, president of the Lincoln Chamber of Commerce. “To have the Blue Angels back in Lincoln is incredibly exciting and will prove to be one of the most anticipated events of 2023, bringing thousands of visitors to Lincoln.”  The relationships we have in Lincoln and throughout the area will truly make the Guardians of Freedom Air Show one to remember in 2023, and we thank the many partners who are joining forces to make this possible,” Ball concludes.

Information on next year’s airshow can be found at lincolnairshow.com, which will be updated as more details become available. For additional details, contact the 155th Air Refueling Wing Public Affairs Superintendent, Shannon Nielsen, SMSgt., at (402) 309-1042 or the Lincoln Chamber of Commerce’s Communications Coordinator, Chris Whitney, at [email protected] or (402) 436-2376.

READ MORE:   Dine Out to Help Out the Food Bank of Lincoln on Wednesday, Sept. 14th