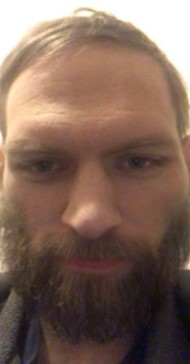 (KFOR NEWS  May 17, 2021)   KFOR’s media partner, 10/11 NOW reports 34-year-old, Adam Price, was arrested in Pacifica, California Sunday evening, suspected to be involved in the death of his 2 children in Bellevue.  The bodies of 3 year old , Theodore Price and 5 ear old, Emily Price, were found Sunday morning.

BPD said they went to a home on the 2700 block of Alberta Avenue twice – once on Saturday evening and once on Sunday morning to perform a wellness check on the two children and their father after receiving calls from the mother of the children, who lives in Illinois, who said she hadn’t heard from them for a couple of days.

Bellevue Police and Fire went back to the home at about 11:03 a.m., after friends of the family entered the home and found the children dead inside.

Neighbors in the area say they didn’t know the family well, but the kids were often seen in front of the house or playing with other children in the area.

Neighbors also say they thought it was suspicious that Price had put the trash out on a Thursday, when the trash in their neighborhood isn’t collected until Monday.