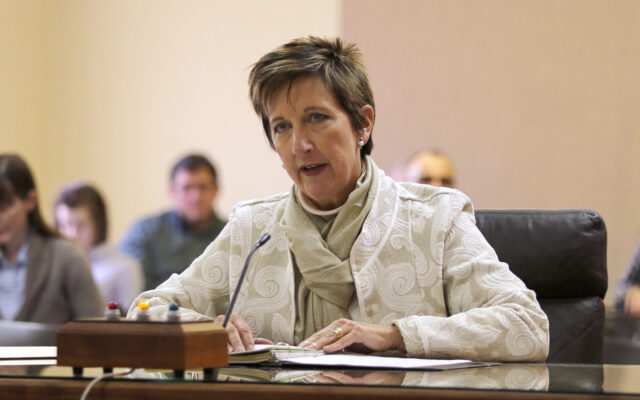 Lincoln, NE (February 21, 2022) A second member of the Nebraska Legislature has issued comments on the events leading to the resignation announcement by Senator Mike Groene of North Platte.  Groene announced he would resign after a Staff Member filed a complaint accusing Groene of taking inappropriate photos of her and sharing them with others.

“I feel it is my responsibility as the senior woman in the Legislature and as a member of the Executive Board to share  my concerns about the effectiveness of the processes in place regarding workplace harassment in the Legislature.

The Legislature needs to look at next steps, which at a minimum should include an outside formal investigation and an interim study to examine human resources, using an outside consultant.

I find it disturbing that as a member of the Executive Board, I found out about this situation first through hearsay and rumor. When I approached key leaders, I was told workplace harassment claims cannot be discussed. Two days later, there were media reports. I understand the necessity for privacy during an investigation like this, that privacy was violated by others through disclosure to the media. Clearly, we need to ensure that privacy doesn’t mean that serious issues get swept under the rug and aren’t properly  addressed, unless leaked to the media. It is concerning that the timing of the resignation only came due to the media reports, despite the fact that some members of the Legislature apparently knew about this issue earlier.

Workplace harassment is too serious and prevalent to allow it to be governed by politics.”

Over the past weekend, Senator Megan Hunt of Omaha called for a criminal investigation in Groene and his photos.