Fire Sends One To Hospital 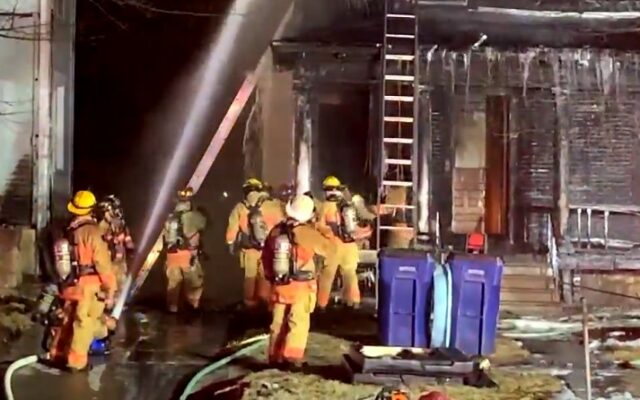 Battalion Chief Mark Majors tells 10/11 NOW they received multiple calls of the fire around 11:30 p.m. near 20th and F Streets. Chief Majors says crews arrived to the entire front of the house on fire, with the flames spreading.

Majors says one person already outside the home was transported to a Lincoln hospital with minor injuries, and that another person had to be rescued from the second floor of the structure.

Despite the fire getting what Majors called an “extensive head start,” crews were able to quickly knock down the majority of the fire. However, Majors says there’s extensive damage to the exterior and interior of the converted house.

No other injuries have been reported.

Currently, the cause and the amount of damage are still being investigated. LFR is expected to provide an update on the incident later this morning.

READ MORE:   A Strong Password Could Take Years To Hack