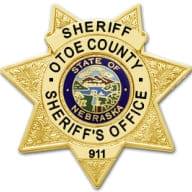 (KFOR NEWS  August 22, 2022)    An autopsy is being conducted on the body of a male found Friday evening on an acreage in Otoe County.

Otoe County Sheriff’s deputies were dispatched to an acreage after landlords were walking the property and discovered the dead male in a vehicle which had been on the property for several years.

Otoe County Sheriff’s Office and the NE State Patrol processed the scene and determined the male had been dead for several days. Foul play is NOT suspected.

Authorities are working to identify the male and how he ended up at the acreage.