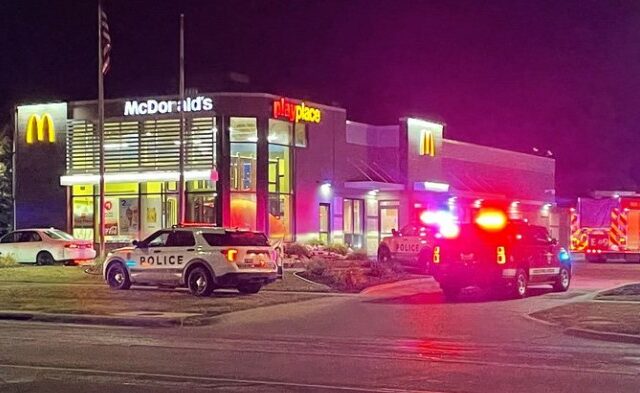 Police at the scene of a shooting outside the McDonald's just north of 48th & R Streets early Labor Day morning.(Ryan Swanigan (KOLN))

(KFOR NEWS  September 6, 2022)  KFOR NEWS expects to get more information Tuesday morning from Lincoln Police about Monday morning’s shooting at a north Lincoln fast food restaurant, which sent one person to the hospital.

Just after 3:30am Monday morning, LPD was called to McDonald’s on North 48th Street, between R and Vine, on a report of someone who had been shot.  Our partner, 10/11 NOW reported officers found a 20-year-old victim with multiple gunshot wounds.  The victim was transported to the hospital in critical, but stable condition.

No arrests have been made.  Police explained this was a targeted incident and there was no ongoing threat to the public.

LPD holds its daily media briefing at 9:30 inside police headquarters.  KFOR NEWS will be there.