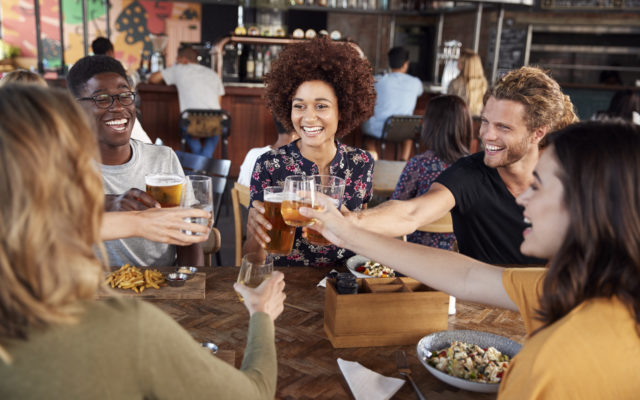 (October 12, 2021)   The Nebraska Craft Brewers Guild (NCBG), in conjunction with the Nebraska Craft Brewery Board and ABE Beverage Equipment are sponsoring the second annual “Drink Local Month” in October to bring awareness of the craft brewing industry in Nebraska.  The craft brewing industry provides over six million dollars in economic impact in communities across the state, employs the equivalent of over 4,100 full time-employees, and offers Nebraskans the opportunity to gather together in the communities they serve.

The NCBG is challenging Nebraskans to consume nothing but Nebraska produced beers, hard ciders, and seltzers throughout the month of October – supporting breweries, cideries, retail establishments, bars, and restaurants in communities across the state.  Drink Local Month is celebrating local brews through unique collaboration brews, beers and ciders made with local to Nebraska ingredients this month, a multimedia campaign including billboards, social media, and a website redesign, a brand new merchandise shop, and events across the state at our member breweries and retailers.

Merchandise for Drink Local month can be purchased through Soul & Swag through October 15, with orders being shipped in November:  https://soulxswag.commonsku.com/shop/64c04f3a-6301-4525-99a8-88aaa289a22a

About the Nebraska Craft Brewers Guild:

The Nebraska Craft Brewers Guild is a professional organization that fosters a Nebraska-centric community that is informed, enthusiastic, and actively creating unity among its members on market and public policy issues to create the most business-friendly climate for craft brewers.  Our vision is to facilitate collaborative industry engagement that increases independent Nebraska brewing market share.