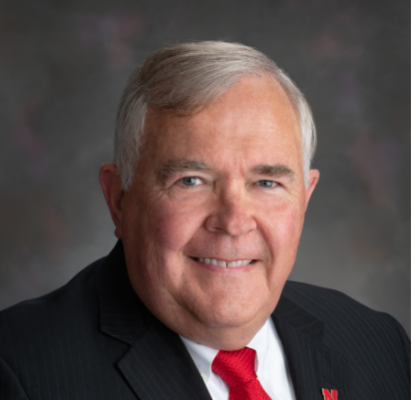 (KFOR NEWS  August 31, 2020)  Secretary of State Bob Evnen announced Monday that Stan Garbacz has joined the Secretary’s international trade team as International Trade Consultant. Garbacz will work with Assistant Secretary of State Cindi Allen to promote worldwide sales and marketing of Nebraska products, to support sound foreign investment in our state, and to advance cultural and educational interchange between Nebraskans and the world. His official start date is September 1.

Garbacz has more than forty years of experience promoting international trade in Nebraska. His work is well known to every agricultural commodity group in the state. He has organized or participated in innumerable trade missions supporting Nebraska products in every corner of the globe.

He graduated from the University of Nebraska in 1975 with a Bachelor of Science degree in Business Administration with an emphasis in finance and marketing. He is a 1971 graduate of Lincoln’s Pius X High School.

Garbacz received the James A. Graham Award for Outstanding Service to Agriculture from the National Association of State Departments of Agriculture in 2014; the Lifetime Service Award from the Nebraska Cattlemen in 2018; and the Distinguished Alumni Award from Pius High School in 2019.  He and his wife, Mary, have three children and two grandchildren.

He has a special interest in international events because his parents emigrated from Poland in 1949.

“Stan’s relationships all over the world have benefited Nebraskans for many years,” Evnen noted. “Providing an opportunity for Stan to continue to support Nebraska producers in the international trade arena is a terrific development for our office and I am grateful to Stan for his interest in working with us,” Evnen said.

Cindi Allen, Assistant Secretary of State for International Trade, commented, “Stan and I have known each other for many years as our paths have crossed professionally many times. I know of no one more dedicated to increasing the sale of Nebraska products internationally, and he has been very effective at it. He is a great addition to our international trade team and I look forward to working with him.”

Regarding his appointment, Garbacz said, “I am honored to again assist Nebraska producers, organizations, processors and manufacturers as they work with international buyers of high-quality Nebraska products. Secretary Evnen has shown his commitment to international commerce on behalf of Nebraskans, and I am glad for the opportunity to support him and his team in that effort.”

The Secretary of State is the Chief Protocol Officer of the state and promotes international trade in coordination with the Governor.