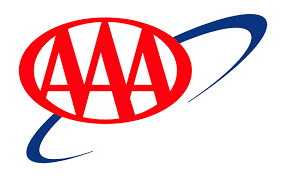 (KFOR NEWS  August 15, 2022)   OMAHA, NE, (August 12, 2022) – Nebraska roads are about to get more crowded – and hazardous – as thousands of students and teachers return to school. This time of year is particularly dangerous due to the combination of young inexperienced drivers, pedestrians and bicyclists who will all share the road in the early morning and afternoon hours.

“Drivers should have a heightened sense of awareness from the moment they leave the driveway,” said Brian Ortner, spokesman, AAA Nebraska. “Expect more foot traffic in neighborhoods and along city streets. Since children can move quickly and cross the road unexpectedly, it’s important to constantly scan the road for people while driving and be ready to stop at a moment’s notice. You can reduce risk of injury by slowing down and avoiding distractions like using your cell phone or eating while driving.”

A new survey from AAA reveals that many drivers admit to risky behaviors like speeding and using their handheld mobile phone while driving through a school zone.

According to a new survey of Nebraska drivers:

“When driving through a school zone, it’s extremely important that you lower your speed and raise your awareness to ensure you can respond to any potential hazards on the roadway,” said Ortner.

For Students at the Bus Stop

In Nebraska, motorists who approach a school bus with the yellow warning lights activated are required to reduce speed to 25 mph and come to a complete stop when the school bus driver activates the red flashers. Drivers must remain stopped until the school bus resumes motion.

Here is a link to Nebraska Statute 60-6,175 that details the full requirements for school bus safety:

About AAA – The Auto Club Group – The Auto Club Group (ACG) is the second largest AAA club in North America with more than 13 million members across 14 U.S. states, the province of Quebec and two U.S. territories. ACG and its affiliates provide members with roadside assistance, insurance products, banking and financial services, travel offerings and more. ACG belongs to the national AAA federation with more than 62 million members in the United States and Canada. AAA’s mission is to protect and advance freedom of mobility and improve traffic safety. For more information, get the AAA Mobile app, visit AAA.com, and follow us on Facebook, Twitter and LinkedIn.