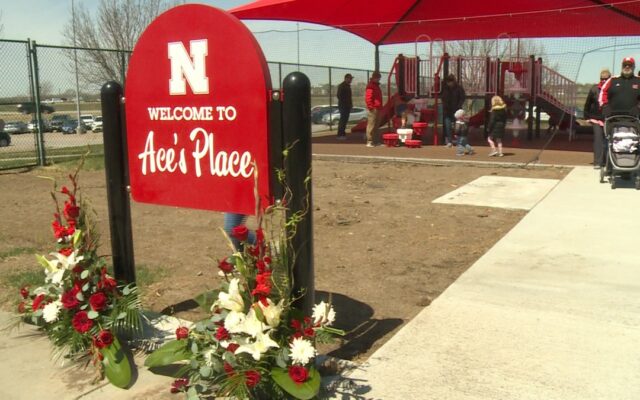 LINCOLN, Neb. (Apr. 17, 2022 – KOLN) – One Nebraska couple went through the darkest times, losing their child unexpectedly. On Saturday, he was remembered as a playground was dedicated in his honor.

Ace died unexpectedly in his sleep a few years ago. He spent his last day taking in a Nebraska softball game and playing in the outfield. His parents, Megan and Mike, played softball and football for the Huskers.

After three years of planning and raising funds, the playground is ready to go.

“He already liked the playground, so it’s broken in and ready to go,” said Megan. “It’s just really exciting to have a place to explain his brother and his last day and it’s really special to have something to go to for years to come.”