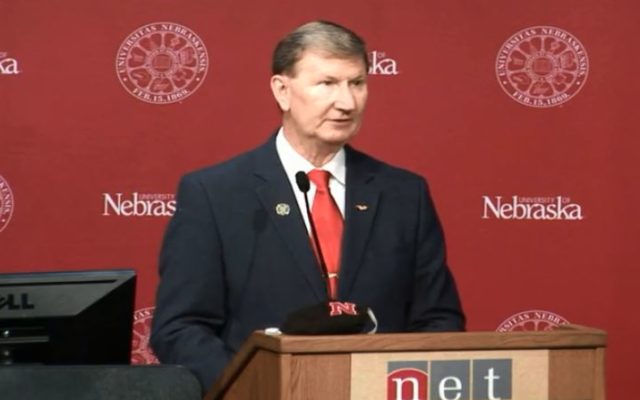 Lincoln, NE (November 22, 2021)  The University of Nebraska system has generated both congratulations and criticism over the past several weeks over its plans to address what its leadership perceives to be racial inequity.  Chancellor Ronnie Green announced plans to combat what he believes to be racism and a lack of diversity throughout the UNL system.  Governor Pete Ricketts and Regent Jim Pillen are among the State’s leaders who have spoken out recently against such efforts.  Today, N-U President Ted Carter issued an open letter to the People of Nebraska on the situation:

“In 2014, when I took the helm of my alma mater, the U.S. Naval Academy, our student body did not reflect the country we sought to serve.

We set out to change that. Not with quotas, but through a concerted effort to engage young people who felt called to serve, but who may have looked at us and wondered whether they belonged.

We made progress. Women and minorities make up well over half the Class of 2023, for the first time in the Naval Academy’s history. Our 90 percent graduation rate extended to every group on campus.

More than that, we became the service academy of choice – welcoming to all, representing every faith, race, political affiliation, geography and socioeconomic status. We looked more like the America we take an oath to protect and defend.

I see a similar opportunity for our University of Nebraska.

There has been a great deal of public conversation recently about the University of Nebraska-Lincoln’s plan to address racial inequities.

These are uncomfortable conversations, with passionate opinions on many sides. Not every Nebraskan, nor every member of the university community, will agree with every element of the plan.

I do believe most Nebraskans agree we can do more to make our state, our university, a more welcoming and accessible place for all. As we see in the headlines daily, our workforce challenges are urgent, and we do not retain enough of our young people. Too many students from disadvantaged backgrounds do not enroll in college and graduate, and those who do don’t see enough people like them in our faculty and administrative ranks. In fact, the difference in college attainment between whites and minorities in Nebraska is 25 percent – third-worst in the country.

Making certain Nebraska is a place where everyone can succeed is critical to maintaining our growth and competitiveness for future generations. As Nebraska’s university, founded on the principle that opportunity should be extended to all, we have a special responsibility to help set the standard. Nebraska can lead the way – but we will not move the needle if we do nothing.

This is the fundamental vision behind UNL’s plan. I applaud Chancellor Ronnie Green for bravely beginning the dialogue.

Here’s what we will not do. We will not impose critical race theory, nor any theory, upon students. We will not hire candidates based on their skin color. We will not close our doors to any qualified student. We will not limit the free, robust exchange of ideas on campus – one of the most cherished ideals in higher learning.

Was the rollout of UNL’s plan perfect? No. Key stakeholders, starting with our Board of Regents, should have been engaged earlier. As your university president, with ultimate accountability to the Board, I have promised each regent that we will do better. We are fortunate to have strong governance of our university, and we will welcome their input, along with all voices, in this process. As Chancellor Green has said, this is a living document. The ink is never dry.

I have also spoken to Governor Ricketts, whose partnership means a great deal to me personally and professionally. I hope he will accept my pledge that we will do all we can to maintain our positive working relationship in support of his goal to grow Nebraska.

Almost two years ago to the day, I wrote my first open letter to Nebraskans, humbly accepting the opportunity you had given me to serve this university. After wearing the cloth of our nation for 38 years, I knew the University of Nebraska was my life’s next great calling.

I said then that your trust and confidence was our most precious asset. That is even more true today, and we will work every day to earn it. Our university is a great beacon for our state – the peoples’ university, a place that can change any person’s life, no matter their background. Together we will build a future we can all be proud of.”