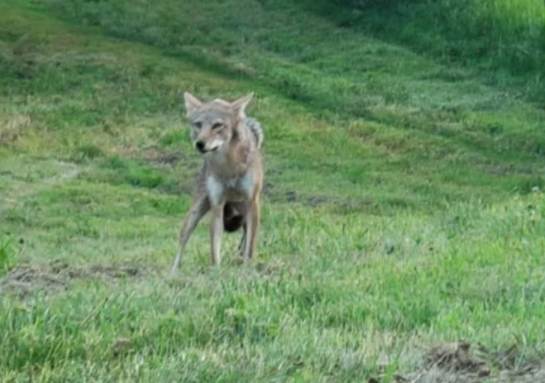 Animal Control has received more than 250 calls from the public related to coyote sightings since June 2020, said Steve Beal, Animal Control Manager for the Lincoln-Lancaster County Health Department. Data shows that there are certain areas of Lincoln where coyotes are more prominent including Taylor Park, Seacrest Park, Wedgewood Lake and Holmes Lake.

“Seeing coyotes in your neighborhood isn’t necessarily a cause for alarm and most people can live in close proximity to coyotes without conflict,” Beal said.

Many factors can contribute to environments where urban coyotes can thrive like parks, common areas and trails. These types of habitats also attract other wildlife such as rabbits, mice, squirrels, which coyotes will pursue as a food source. They are not particular about their diet and will eat berries, nuts and fruit that fall from trees. They are also attracted to garbage containing food scraps discarded from homes, restaurants and commercial buildings.

Beal said coyotes are also opportunists and may approach small domestic animals out of curiosity and as a potential meal. There have been three confirmed attacks on pets so far this year and no confirmed reports of coyotes attacking people.