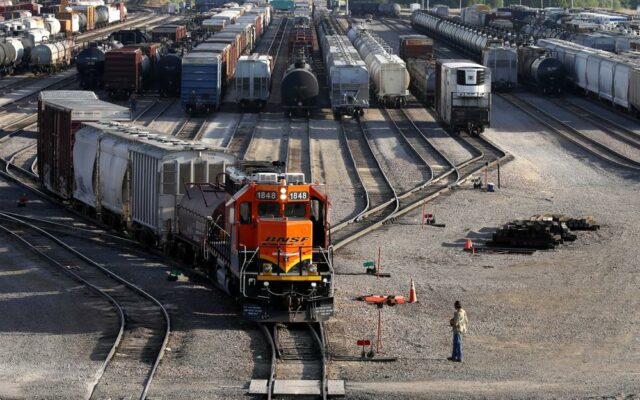 Omaha, NE (September 28, 2022) The two biggest U.S. railroad unions are fighting rumors that they might impose a contract on their members even if they reject the deals that prevented a nationwide strike.   They, and union leaders, are  explaining that the only way a deal would be imposed would be if Congress intervenes to block a strike.

Federal Law allows Congress to order Rail Workers back to work if it’s deemed to be in the national interest.

Union leaders are urging their members to accept the contract offer, emphasizing the potential benefits of the contracts that include 24% raises.

One more union – the International Brotherhood of Electrical Workers – voted Wednesday today to join two smaller unions in accepting its deal with the railroads that include BNSF, Union Pacific, CSX, Norfolk Southern and Kansas City Southern.  All together, 115,000 workers in twelve unions are covered by the new contract.