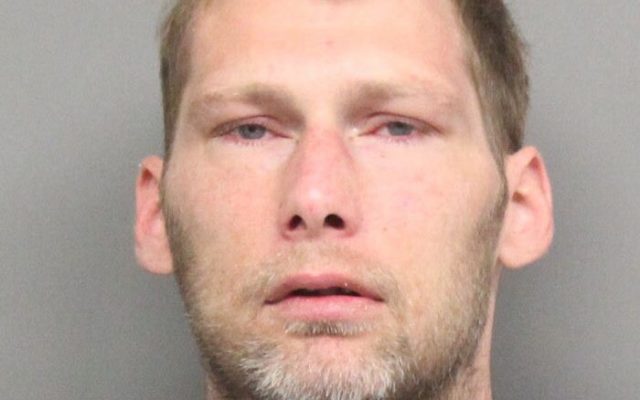 LINCOLN–(KFOR June 4)–A 40-year-old Lincoln man is accused of causing an accident, while also spitting on an officer, resisting arrest and obstruction.

This happened shortly after 3pm Wednesday at 48th and “Y” Street, where John Graves II allegedly grabbed the wheel of his ex-girlfriend’s car she was driving and causing it to hit a pole. Both had been arguing. Police Officer Luke Bonkiewicz tells KFOR News Graves allegedly got out and punched out the back window.

“As officers contacted Graves, he became very upset, starting screaming and then attempted to charge the victim,” Bonkiewicz said.  “Several officers wrestled Graves to the ground, as he continued to resist, as well as attempting to bite the officers.”