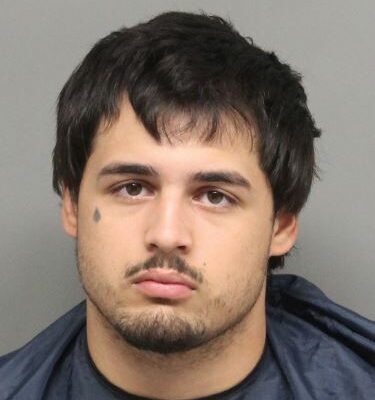 Dominic Gomez, 18-years-of-age of Lincoln, was arrested and charged with 1st Degree Assault, Use of a  Deadly Weapon To Commit a Felony and Unlawful Discharge of a Firearm.

Police were dispatched to the Casey’s, 4411 North 27th Street, on a report of a male who had been shot.  Officers arrived and found a 31-year-old male with a single gunshot wound to his leg. The victim was  transported to a local hospital with non-life-threatening injuries. The victim has since been treated and  released from the hospital.

Investigators continued to follow-up and on Thursday August 25, 2022, at approximately 12:30 p.m.  Gomez was taken into custody in the area of South 12th and ‘A’ Streets.

This investigation is ongoing, and police encouraged anyone with information regarding the incident to call  the Lincoln Police Department at 402.441.6000 or to make an anonymous report to call Lincoln Crime  Stoppers at 402.475.3600.