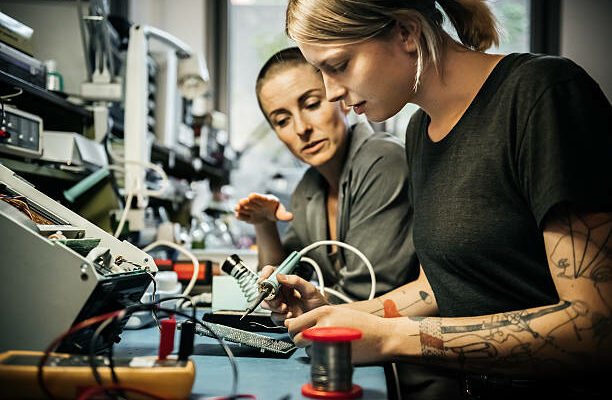 (KFOR NEWS  October 11, 2022)  New research has revealed that Virginia is the best state to work in tech.

The new study from document management company SmallPDF analyzed data such as salaries, employment rates, and vacancies in the tech field across every US state.

It found that Virginia is the best state to work in tech right now due to high average wages in the Computer and Mathematical Occupations field with $110,510 a year, 58.44 employed in the field per 1,000 jobs, and the highest current tech vacancies with 128.97 openings per 100,000 people in the industry.  When measuring the average salary against the average annual rent spend, those employed in the field would only be spending 21.68% of their salary on rent.  Those wanting to work in tech remotely also have lots of options, with 27,563 remote openings available at the time of the study.

Nebraska comes in tenth on the list, and despite having low yearly salaries, living and working in tech in the state means you’ll only be paying 17.55% of your salary towards rent on average thanks to low overall rent costs.

Maryland comes in second, with the mid-Atlantic state boasting high salaries of $110,790 on average, 54.35 tech jobs per 1,000 jobs, and 116.27 vacancies for every 100,000 people. Being employed with the average tech salary combined with the average annual rent spend meant that those in the field would only be putting 19.97% of their salary towards rent, one of the lowest numbers of any state on the list. The state also had 27,139 remote tech openings available, for those wanting to work from home.

The state of Washington was found to have the highest number of jobs in tech per 1,000 with 59.32, as well as the highest average salary of any state with $124,000 a year. However, due to the lower number of vacancies available – 61.69 per 100,000 people, which is just half the rate in Virginia – it only comes in third. Estimations show that 21.24% of average tech wages in the state will be spent on rent. There were found to be 27,546 remote tech jobs available at the time of the study as well.

Commenting on the findings, a spokesperson for SmallPDF said: “It’s fascinating to see how many states are nowadays offering solid salaries in tech jobs, as well as lots of opportunities, especially in northeast regions of the US. With the increase in remote working, we’re relying more than ever on technology to ensure our work processes are smooth and easy, from collaborating on documents to digitally signing contracts.”