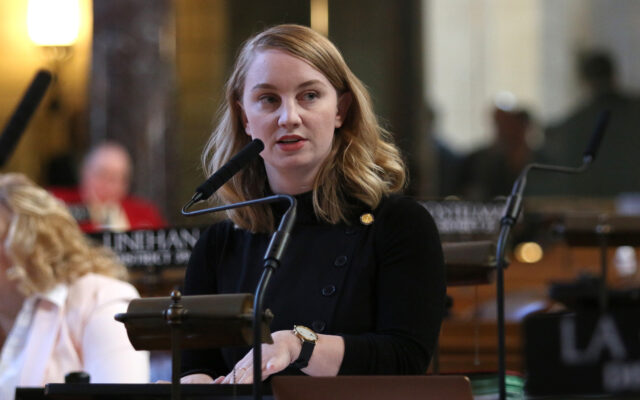 Lincoln, NE (February 22, 2022) 22 school districts across Nebraska have mascots with native American themes and team names such as “Braves”, “Warriors”, or “Indians.”  A member of the Legislature wants to change all 22.

Omaha Senator Megan Hunt has a bill before the Legislature’s Education Committee that would reimburse School Districts for the cost of changing logos, uniforms, and other items involved in naming new mascots.

Hunt said the use of native mascots has a negative effect.

“Many native people say that the use of native mascots makes a caricature of their people and dehumanizes their experiences.”

Hunt wants to convince each District to change, saying her bill is backed up by professional opinions.

“The American Psychological Association recognizes that the use of these mascots has a negative effect on the social identity, development, and self-esteem of American Indian students.”

Hunt is not proposing a ban on such mascot names, citing a Colorado case in which a ban was declared unconstitutional.

“Instead of a ban, I opted to incentivize the schools currently using native mascots to make a change, and to provide them the resources necessary to make those changes.”

Hunt told the Committee in Tuesday’s hearing that approximately $4,000,000 would be needed if all 22 school districts filed for the reimbursement described in her bill.  The Committee will consider the bill and decide whether to advance it to the full Legislature for debate and further consideration.