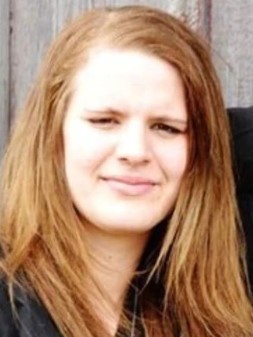 (KFOR NEWS  October 7, 2022)   The body found Wednesday morning east of Harvard, about 90  miles southwest of Lincoln, is believed to be tghat of a missing Columbus woman.

25 year old, Jasmine Garnett had been reported missing since September 16th.  Garnett’s body was located Wednesday morning by a citizen working in the area of Road 3195 in Clay County.  The citizen reported the discovery to the Clay County Sheriff’s Office, which requested that NSP conduct the death investigation.

Our partner, 10/11 NOW reports Garnett’s family says she was last seen with 33 year old, Anthony Mattison of Osceola on September 16th.  Mattison was referred for charges September 24th after backing into a Grand Island police cruiser.  He was also arrested after an officer involved shooting in Hastings September 27th. Mattison is facing six felony charges related to Hastings officer-involved shooting.  It’s unclear what Mattison’s relationship with Garnett was.

In connection with the Hastings incident last week, Mattison is charged with attempted second degree murder, attempted first degree assault on a police officer, terroristic threats, use of a firearm to commit a felony and possession of a firearm by a prohibited person.  He’s scheduled for a probable cause hearing Friday in Adams County Court.

The case is being investigated as a homicide; however, investigators believe there is no threat to the public at this time.  The investigation remains ongoing.