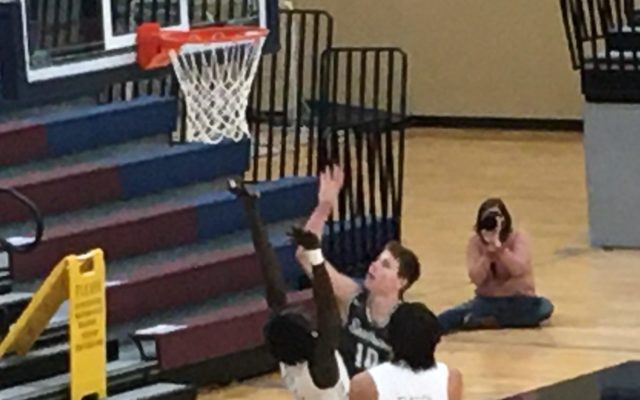 Tied at 48 apiece, Southwest had the ball for the final 1:40 of the game to set up the final shot. Smith caught a pass, rose up from the right wing area and as he attempted the shot, he was fouled. Smith nailed all three free throws and North Star’s attempt to tie the game missed from three-point range.

Southwest rebounded the ball and Myles Hoehne scored his only two points of the game by sinking a pair of free throws with 2.8 seconds to play.

The Silver Hawks (4-7) had control most of the game, until the third quarter, when the Navigators surged back behind 12 of Kwat Abdelkarim’s game-high 24 points. North Star led by as many as four before taking a 36-35 advantage heading into the final quarter.

Ben Hunzeker, Southwest’s 6-3 junior forward, gave Southwest a 48-46 lead with two minutes left when he hit a mid-range jump shot. Abdelkarim answered back for the 7-5 Navigators by hitting an eight-foot jump shot to tie the game up.