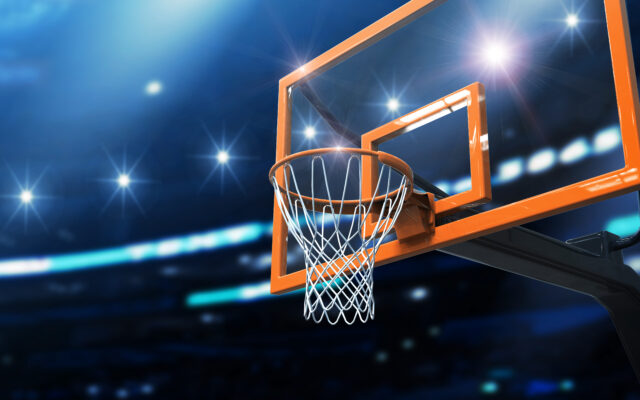 LINCOLN–(KFOR/KLMS Jan. 19)–The Lincoln Pius X boys basketball team picked up a 57-53 victory Thursday night over Class A No. 10 Lincoln Southwest at Bishop Flavin Gym in a game heard on ESPN Lincoln.

Pius X’s 6-9 junior center Treyson Anderson iced the game with a one-hand dunk with 15 seconds left in the game to seal the victory.  He finished with 18 points, nine of which came in the third quarter.  It was during that time the Thunderbolts took the lead for good, where Anderson converted on a three-point play and two free-throws from senior guard Jackson Kessler, following a technical foul assessed to Southwest.

Pius X then led 51-41 with 3:30 remaining in the game before Southwest briefly rallied, behind back to back three pointers from Karter Chamberlain and Chuck Love.  Then Lukas Helms added two baskets to pull to within two, 55-53.

After the Silver Hawks went on a 13-3 first quarter run, the Thunderbolts responded with a 12-0 spurt of their own in the second quarter to take a 19-14 lead.  A 10-2 run to finish the first half capped by Love’s three-point basket with 43 seconds left in the first half helped Southwest reclaim the lead.

Click the links below to hear the podcast of the game!

Vince Garrett hit a pair of free throws for Lincoln High to send the game to overtime, but Southeast managed to take care of business during the extra four-minute period.

Deng Giet led the Knights in the win with 19 points, while Jake Hilkemann added 14 in the victory.

Andrew Gaines scored a team-high 12 points for Lincoln High, while Garrett and Collin Nick each added 11 points and Bryson Faines scored 10 for the Links.

Click the links to hear the podcast of the game courtesy of KFOR!