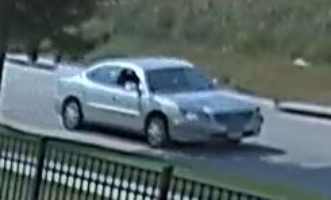 LINCOLN–(KFOR Sept. 16)–Lincoln Police have released a photo of a vehicle believed tied to a report of child enticement that took place around 3:30 Tuesday afternoon near 83rd and Yankee Woods Drive.  Police Captain Todd Kocian says the car is believed to be a 2008 or 2009 Buick Lacrosse.

Police say a parent reported that her two children, ages 7 and 11, were walking home from St. Michael’s School and were approached by a man, who they didn’t know, in a small car. The driver asked both kids if they wanted a ride. The children got scared, said no and ran away from the area.

The vehicle was first described as a light-colored, smaller four-door car with unknown license plates.  The driver was described as a dark-complected male in his 30s with longer, curly black hair.