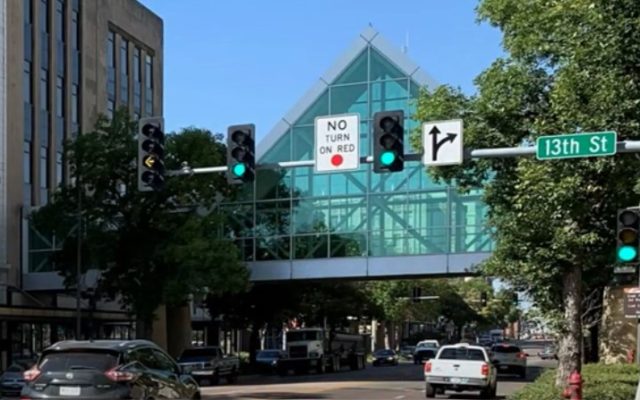 Gaylor Baird’s statement follows the release of the Phase Four Green Light Lincoln report, which showed that the City’s efforts to improve traffic safety, traffic flow and meet national traffic standards, has resulted in a annual reduction of 1.2 million hours of time spent in vehicles, 68 million fewer vehicle stops annually, an annual 121,700 kilogram reduction of greenhouse gas emissions, and an annual savings of $23.7 million in fuel costs for drivers since the program began in 2016

“Since Green Light Lincoln began, LTU has updated 90% of its traffic lights and offers more efficient driving across the city,” said Liz Elliott, Director of Lincoln Transportation and Utilities. “Green Light Lincoln has resulted in enough fuel savings to drive a car around the earth 1,337 times per year. That is a lot of fuel.”

“Green Light Lincoln has resulted in significant benefits for anyone using our transportation system by improving progression through a corridor, updating pedestrian signal timing to meet national best practices, and investing in our transportation system to maintain these benefits. We will continue to update traffic signal timing and infrastructure needs throughout Lincoln every three to five years,” said Dan Carpenter, LTU Traffic Engineering Manager.

Elliott’s statement said the savings are based on reductions in delays, fuel, and local demographic information. Also, that the benefits are calculated for five years based on the Federal Highway Administration (FHWA) recommendation for traffic signal retiming.