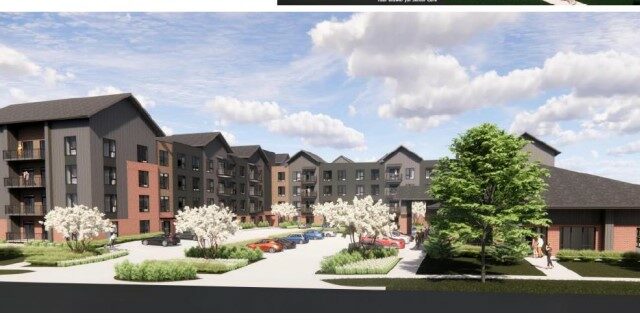 Lincoln, NE (March 7, 2022)  The Lincoln City Council gave the green light today to two large housing projects. The first, the Tabitha Inter-Gen Project, is planned for a site along L Street between 47th and 48th Street.  It will contain approximately 127 units, which are planned to house a mixture of students and senior citizens.

A large new housing development planned for the northeast and southeast corners of West Pioneers and South Folsom Street was also approved.  It involved the incorporation of 61+ acres into the City, most of which will be developed as “Affordable Housing”.  Around 650 single family and multi-family homes will be built in the development, to be known as Foxtail Meadows.  The homes will be located in the area of the new War Horse Casino and nearby development, but will serve working people throughout South West Lincoln.

Some of the land will be annexed, and the zoning of some of the acres will be changed from Agricultural to Residential. A 15,000 square foot retail sector is also incorporated into the plan.