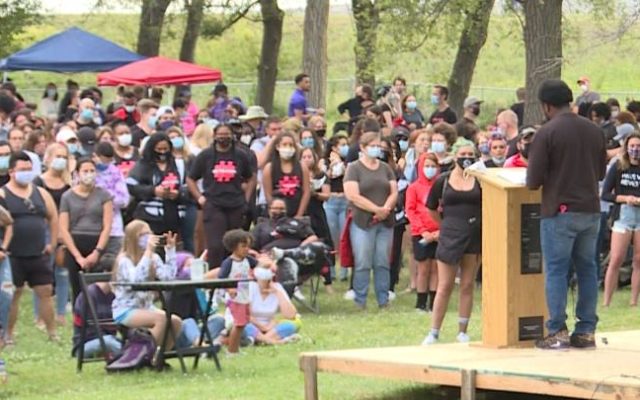 LINCOLN–(KFOR June 18)–Saturday is Juneteenth, marking the end of slavery in the United States on June 19, 1865. President Biden signed legislation Thursday to make Juneteenth a federal holiday, which is being observed Friday.

While there is excitement about the new holiday with those who know what Juneteenth means, John Leonard Harris of Lincoln non-profit Encouragement Unlimited tells KFOR News the challenging part is that Juneteenth hasn’t been acknowledged for many people to learn through American History classes.

Harris also told KFOR News the effort of establishing Juneteeth as a federal holiday is something that’s been in the making for a long time.

“The idea was there needed to be acknowledgement of, not only what would be, arguably, one of the most heinous experiences for many in this nation, but also an acknowledgement and recognition that we had overcome slavery.  Many were liberated.”

Harris adds it’s a landmark time and now it marks as a starting point of healing and how to learn from past mistakes.  The Malone Community Center will put on a Juneteenth celebration Saturday from 12pm to 5pm at Trago Park near 21st and Vine Streets.