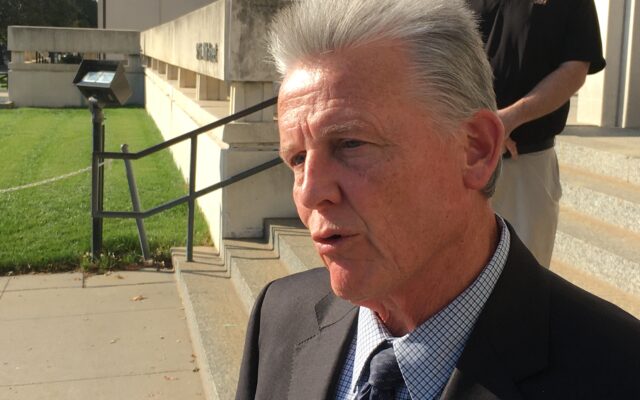 LINCOLN–(KFOR Oct. 6)–Lancaster County Attorney Pat Condon on Thursday morning announced he has support from every local law enforcement agency, as he runs for re-election.

“I am proud to announce the endorsements by the Lincoln Police Union, Lancaster County Deputy Sheriff’s Association Lodge #29, Nebraska Fraternal Order of Police Lodge #88 and the Nebraska State Patrol Headquarters Troop,” Condon said at his news conference in front of the Hall of Justice.

Condon has 32 years of prosecuting experience and has spent the past five years as Lancaster County Attorney.  He was elected to the position in 2018, after being appointed in 2017 to fill the remainder of Joe Kelly’s term, after he was named U.S. Attorney for Nebraska.

Condon says it’s critical to public safety that their offices work together to make sure the worst criminals are off the streets so they cannot offend again. Condon was elected as County Attorney in 2018 and will face outgoing Lincoln State Senator Adam Morfeld in the November general election.