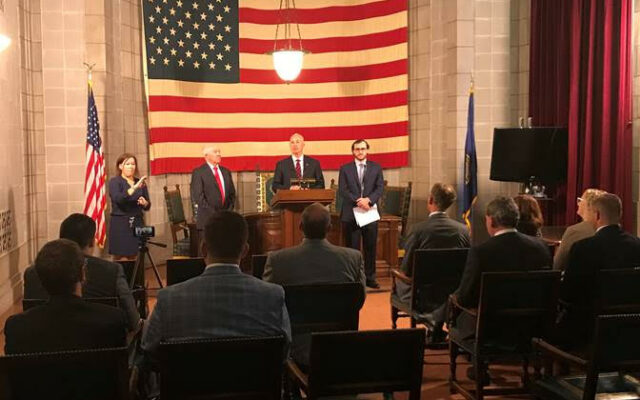 During his remarks, Governor Ricketts the State has new Federal funding sources for broadband expansion.

“Nebraska has been developing its broadband infrastructure for several years.  It has put us ahead of the curve,” said Gov. Ricketts.  “Unlike many other states, we already have the legislative framework and the operational process in place to manage state and federal broadband grant programs and expand access to high-speed internet.  A connected Nebraska—especially in our rural areas—is essential for us to grow our state.”

Patrick Redmond, the State’s Broadband Coordinator, outlined four new federal programs the Connect Nebraska working group will be helping to administer.  Next week, the State is launching a website, broadband.nebraska.gov, to serve as the primary hub of information on the new broadband programs.  The website will also serve as a portal for grant applications.

Below is a summary of the new broadband programs:

Three other programs created through the federal Infrastructure Investment and Jobs Act will provide additional funds to Nebraska for broadband infrastructure.

In recent years, the State of Nebraska has taken action to study gaps in the state’s internet coverage and to invest in the expansion of high-speed internet access: