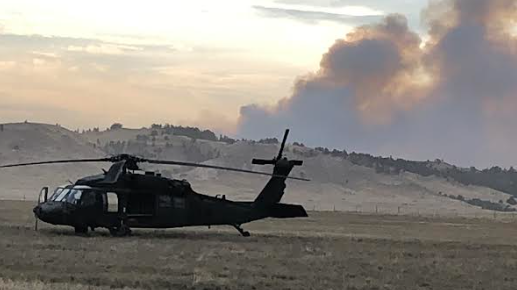 (KFOR NEWS  September 16, 2022)   Firefighting crews are making progress on monitoring, maintaining and containing the fire within its current footprint.

Incident Commander Tim Grubbs, fire chief for the Banner County Volunteer Fire Department, says, “We are estimating containment of the fire at 28% and will work to increase that line of black around the perimeter.  We are hopeful we will be able to release some of the air assets this afternoon if all goes well.”

Grubbs was especially grateful there have been no reported injuries, accidents or homes destroyed by the fire.  He reported the fire laid down overnight, with crews patrolling and monitoring conditions around the perimeter.  Thanks to those efforts, daytime crews on Thursday began mop-up efforts in select areas where fire lines are strongest.