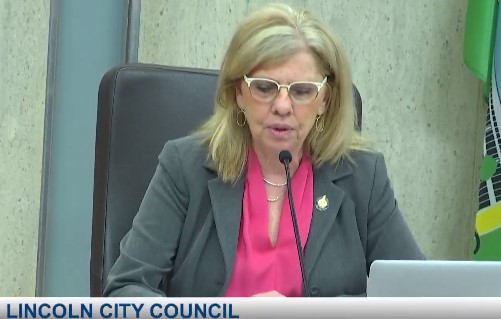 Lincoln, NE (August 8, 2022) Mayor Leirion Gaylor Baird and Police Chief Teresa Ewins today thanked the City Council for unanimously approving a new contract that will make Lincoln Police Department (LPD) officers the highest paid in the state. The Council passed the resolution at its meeting this afternoon. The three-year contract was negotiated by the Lincoln Police Union and a City team that included staff from the Lincoln-Lancaster County Human Resources Department, LPD, and the City Attorney’s office.

“Ensuring the safety and security of Lincoln residents is my administration’s highest priority,” said Mayor Gaylor Baird. “Providing a competitive wage and benefits package positions the City of Lincoln to retain and recruit top police talent to keep our community safe, while continuing to strengthen accountability and equity measures that guide their work.”

“We continue to compete nationally for public safety professionals, and this contract will help LPD stand out from the competition,” said Chief Ewins. “In addition to the salary increases, this contract includes improvements to our benefit package that will also help us to us attract and keeps personnel. The contract enhances our reputation as an agency that is committed to excellence in every area of operations.”

The investments in public safety pay and benefits represent about $3.2 million in the first year of the Mayor’s proposed biennial budget and nearly $5 million in the second year.

Highlights of the proposed contract include:

Tammy Ward chaired Monday’s City Council meeting for the first time since suffering a broken leg in an auto accident in late June.