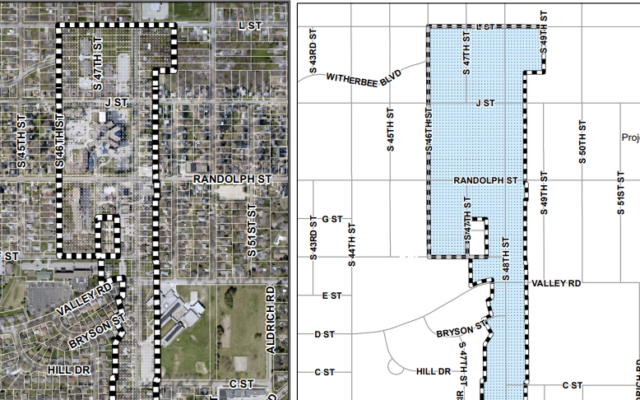 Lincoln, NE (December 6, 2021)  One of the most prominent terms heard among discussions of the City’s future needs is “affordable housing”.  Places for working people to live are a top concern, with estimates of need ranging upwards from 10,000 new units over the next decade.

The City Council took steps Monday to help three of those projects along.

They approved the purchase of $30,000,000 in bonds to help the developer of a 192 unit affordable housing project at Southwest 27th and West B Streets. Also, they approved the purchase off $6,000,000 in bonds to help build 94 multi-family units for veterans on the grounds of the former Vets Hospital near 70th and O.  The bonds are not being paid for by taxpayers, and are not an obligation of the City.  Rather, it was explained, they will be the responsibility of the developer on each project.

A different type of project was approved for 48th and “L” Streets.  Tabitha is planning a four story structure it is calling the “Inter Gen Project”.  Units will be reserved for senior citizens and for students studying to enter medical professions.

Lengthy discussions were held during the course of the project’s path through the regulatory process with residents of the surrounding Witherbee neighborhood.  Many were concerned about the four story building fitting in.

Council member Jayne Raybould praised the project.  “I feel that this project will be an exemplary one.  A very unique one.  With the Inter Gen project, it think it’s clearly one of a kind in the United States.”

Councilman Tom Beckius indicated that the Tabitha’s accumulated goodwill helped gain the approval.  “If it were anyone else but Tabitha we might be having a little bit of a different conversation.”

Councilman Bennie Shobe agreed.  “Tabitha’s reputation helps in this situation.”  Shobe said he’s “a little concerned about developments in this neighborhood”, adding “we as councilmen need to make sure we remain vigilant to maintain the integrity of neighborhoods as best we can.”

Council member Tammie Ward said she worked for Tabitha a few years beginning in 2013.  “I remember when neighbors from the Witherbee neighborhood were coming in to meeting rooms that Tabitha offered for their neighborhood meetings.  That was just one small way that Tabitha was reaching out and trying to be good neighbors.”

Council member Sandra Washington said she was paying attention to the neighbors and their concerns, “but I also was paying attention to what Tabitha was doing.” She said that Tabitha’s listening, and being flexible with design and making changes to siting and landscaping were also important.  She added “I do not see this as a template for other big projects in this neighborhood going forward.”  Washington agreed that the approval would be because of Tabitha’s existence in the neighborhood currently, and “their long history of being a good neighbor.”