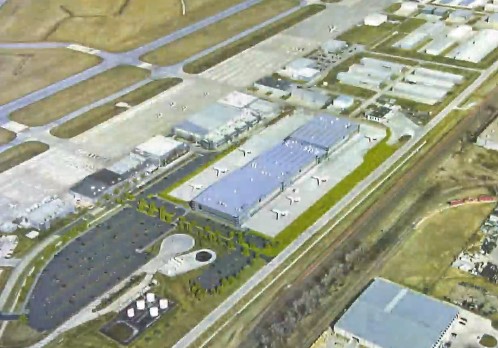 Lincoln, NE (March 14, 2022)  The Lincoln City Council Monday approved a blight designation for the former Bishop Heights Shopping Center at 27th and Highway 2.  Urban Development Director Dan Marvin and Lincoln Attorney Kent Seacrest told the Council that a group of three developers hopes to finalize plans for apartments, an office building, and a mixture of retail and restaurant space on the property.  The buildings in the area are currently vacant, and formerly housed a Shopko, Hardware Store, and several other restaurants and retailers.

Marvin said a study by Engineering Firm Olsen and Associates determined that the new use for the property would reduce the amount of traffic in and out of the development from levels measured during its operation as a shopping center.

He also said the Arby’s Restaurant and Wells Fargo Bank Properties might both be modernized during the re-development, but were not part of the blight designation.

Also approved Monday was a grant of slightly over $3 Million to Duncan Aviation from the City’s Fast Forward Fund.

The money will help Duncan expand its aircraft maintenance facilities with a $40 Million dollar addition of hangers, fueling facilities, and concrete tarmac.

Duncan Spokesman Kramer Lyons told the Council that the Corporate Jet market is  booming, that Duncan is full with business currently, and needs the additional space to maintain its market share.  He said that the aircraft maintenance directors who bring plans to Duncan for service and repairs often spend long periods of time in Lincoln’s hotels, eat at Lincoln restaurants, and generally contribute to the economy.  He added that the expansion would also require the hiring of around 70 additional employees at an average of $70-$80 thousand dollars a year.

The Council also delayed for one week a decision on a resolution that would allow food trucks to park in residential neighborhoods for several hours at a time.