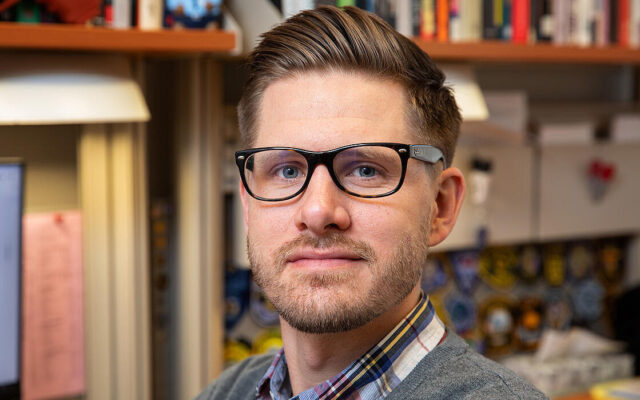 Justin Nix, Ph.D., distinguished associate professor of criminology and criminal justice at the University of Nebraska at Omaha (UNO)

(KFOR NEWS  November 11, 2021)    An analysis of data from four U.S. states suggests that Black people may be more likely than white people to be nonfatally shot and injured by police in these states, and these disparities are greater than seen for fatal police shootings.

Justin Nix, Ph.D., distinguished associate professor of criminology and criminal justice at the University of Nebraska at Omaha (UNO) and John Shjarback, Ph.D., assistant professor of law and justice studies at Rowan University, presented these findings in the open-access journal PLOS ONE.
Previous research on bias in police use of deadly force has primarily focused on police shootings that killed civilians. However, limited insights can be drawn from data that omit instances in which police shootings result in injuries but not death.
Datasets which only include fatalities might be systematically biased by post-incident factors which influence mortality, such as whether police officers administer first aid or whether an adult trauma care center is nearby. However, datasets which include non-fatal shootings will count all shootings regardless of post-incident factors, making data less prone to such biases.

Most states lack publicly available data on nonfatal police shootings. To demonstrate the need for such information, Nix and Shjarback investigated potential bias using several years’ worth of data on both fatal and nonfatal police shootings from four of the few states that compile it: Florida, Texas, Colorado, and California. Statistical analysis allowed them to account for demographics and other factors that could influence shooting outcomes, such as access to a trauma center.

The researchers note some limitations in their study, such as lack of data on the number of rounds fired in shootings, limited information on availability of medical care, and the fact that much of the data used were reported by police. The authors underline the need for more comprehensive data in all states in order to draw reliable conclusions about racial disparities in police shootings.