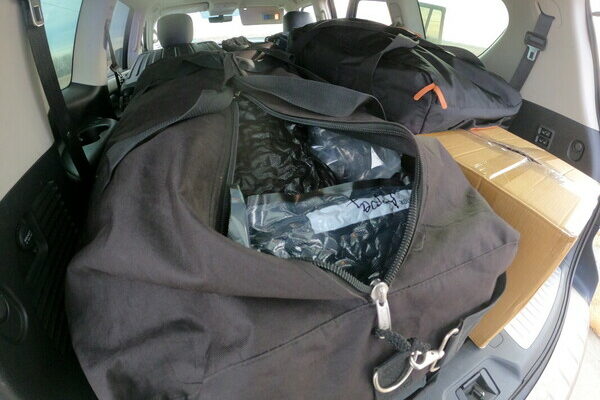 Marijuana that was seized during a traffic stop on Tuesday, Jan. 10, 2023 near 56th and I-80. (Courtesy of the Lancaster County Sheriff's Office)

LINCOLN–(KFOR Jan. 11)–Members of the Lincoln Police/Lancaster County Sheriff’s Criminal Interdiction Unit made a traffic stop Tuesday morning in far north Lincoln that resulted in the arrest of two people and seizure of marijuana, edibles and two 9mm handguns.

Probable cause was developed and a search of the car led to 95 pounds of marijuana, 111 THC vape cartridges, eight packages of THC gummies, along with two 9mm handguns.