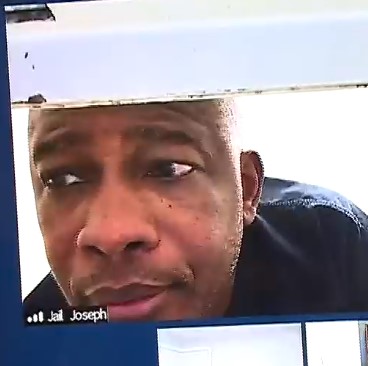 LINCOLN, Neb. (KOLN) – Court documents are providing additional details into what led up to the arrest of Mickey Joseph, who served as the interim head coach for the Nebraska football team during the 2022 season.

Joseph was arrested in Lincoln on Wednesday afternoon.

According to court documents released on Thursday, officers contacted the victim at the home, who said Joseph had been “verbal and physical” with them before leaving the home.

The victim told responding officers the two were arguing when Joseph allegedly pushed them, forcing them to fall on a couch, and then “placed his hands around (their) throat,” according to the probable cause affidavit.

The victim said they were able to push Joseph off and began walking away when Joseph “grabbed (their) hair from behind and pulled (them) backward, causing (them) to fall to the ground,” the documents state. The victim then said Joseph punched them with a closed fist.

The affidavit states officers observed “visible redness and swelling around (their) left eye which was consistent with being struck.”

There was another individual in the home at the time, a relative of the victim, who told police they saw Joseph grab the victim by the throat and try to flush a cell phone down the toilet.

That phone was found by police in a container of rice, according to the affidavit.

Joseph was contacted by police along the 7500 block of San Mateo Lane in Lincoln and was taken into custody.

He denied striking the victim or grabbing their hair.

Joseph is facing charges of domestic assault and strangulation.

He appeared in court Thursday afternoon. Bond was set at 10% of $20,000 and he was ordered to have no contact with the alleged victim. His next court appearance will be Jan. 30.

Nebraska Athletic Director Trev Alberts released the following statement: “I was made aware of the charges against Coach Joseph and given the nature of the allegations and based on University policy he has been placed on administrative leave. We will have no additional comment at this time.”

Joseph, who just completed his first year at Nebraska after coming from LSU, served as the interim head coach for the Huskers and went 3-6 in that role.

Nebraska fans have been waiting to hear whether Joseph was going to be retained on the Huskers coaching staff, after new head coach Matt Rhule was hired by the athletic department on Monday.