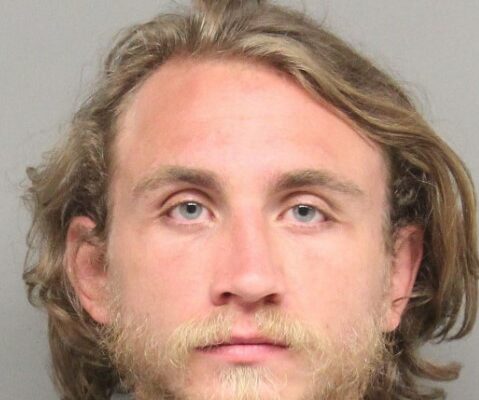 (KFOR NEWS  July 29, 2022)  Early Thursday morning, Lincoln Police made a traffic stop on 26‐year‐old, Jack Freriks, in the 11th and M Street neighborhood. Freriks was known to have active warrants for his arrest.

Freriks ran from officers, but was safely caught and arrested.  On the floor of Freriks’ vehicle, officers discovered a half-pound of marijuana in four separate bags, along with a 45‐caliber handgun.

Freriks was taken to jail for 2nd offense resisting arrest, carrying a concealed weapon and possession of marijuana.