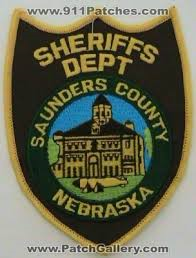 A press release from the Saunders County Sheriff’s Office:

“[The] preliminary investigation shows that a northbound, silver 2020 Mazda and a southbound, black 2006 Kia Sorento drifted towards the center line of the roadway.  [A] collision occurred causing the silver 2020 Mazda to veer into the southbound lane of travel and cause a secondary collision with [a] southbound, red 2012 Kia Forte.  The black 2006 Kia Sorento veered into the northbound lane of travel and caused a secondary collision with [a] northbound white 2017 Ford F-250.”

The sheriff’s office added that multiple people were needing to extricated from vehicles.

SCSO adds that the driver of Kia Forte and the driver of the F-250 were also hospitalized in Fremont with non-life-threatening injuries.

“At this time, alcohol is not believed to be a factor,” SCSO’s release stated. “Seat belts were in use, and the investigation is ongoing. Next of kin have not been fully notified.”