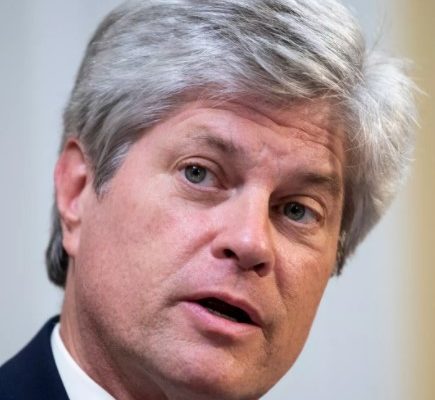 Los Angeles, CA (March 18, 2022) (Courtesy of Bayley Bischof, 10-11 News) Prosecutors and defense attorneys are diving into the investigative strategies the FBI used in their investigation into illegal contributions to Jeff Fortenberry’s 2016 campaign.

Carter revealed a few details about why they conducted the investigation “Operation Titan’s Grip” the way they did, including testifying that they did ask Dr. Elias Ayoub, who hosted the illegal fundraiser, if he knew whether or not Fortenberry was aware of illegal contributions. Carter testified Dr. Ayoub said he didn’t know.

Summers also asked why the FBI didn’t schedule an interview with congressman Fortenberry instead of surprising him at this home. He also asked Carter why the FBI simply didn’t pull the congressman aside and warn him of illegal activity, treating him as a victim in the case not the criminal.

“Nothing prevents you from stopping a crime,” Summers asked.

In response, prosecutor Mack Jenkins confirmed with Carter that Fortenberry was being investigated for crimes including bribery and illegal election contributions and that the set-up phone call with Dr. Ayoub did serve as a warning.

The recording showed Dr. Ayoub said to Fortenberry “We won’t be able to give as much money as we did last time because last time Toufic Baaklini gave me $30,000 in cash to give to your campaign which I agreed to do, I asked some of my friends to donate that money.”

Summers continued to try and nail down how the FBI knew exactly what Fortenberry understood in that phone call, saying that the congressman didn’t repeat back information about illegal donations Dr. Ayoub alluded to, and instead continued talking about the same fundraiser he had spoken with Dr. Ayoub about in an earlier phone call.

Summers took that to mean the congressman didn’t fully register the information about illegal activity, even though he asked his wife and members of his team if he should be concerned after the call. In opening statements, Summers said nobody on Fortenberry’s team expressed concern or took action. Those staffers are expected to be called as witnesses in the prosecution’s case.

Carter testified that he took Fortenberry’s lack of reaction as an admission of some knowledge on the illegal donations.

Toufic Baaklini, who funneled the money from Gilbert Chagoury to Dr. Ayoub will be called to the stand next.

Fortenberry is charged with one count of scheming to falsify or conceal material facts and two counts of making a false statement to a government agency. Each felony charge comes with a maximum penalty of five years.