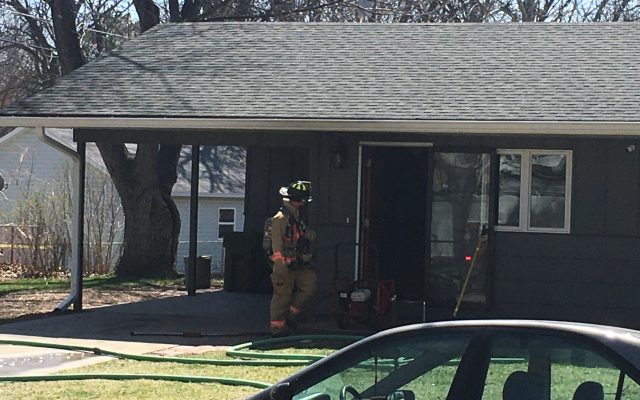 Lincoln, NE (March 31, 2021)  Fire did heavy damage to a home at 7101 Joyce Avenue, in the Meadowlane area early this afternoon. The residents came home, heard the smoke alarm going off as they approached the front door, and called 9-1-1.  By the time fire fighters arrived, according to Batallion Chief Jim Bopp, smoke was coming out of the front door.

“They made it a working fire, went into a quick attack, they were pretty successful knocking it down quickly.  There is heavy smoke damage throughout” Bopp said.

The residents were not home at the time, but were concerned about their dog, which had been left home alone.  Bopp said fire fighters were able to rescue the dog and bring it outside OK.

The cause of the fire had not been determined at the time of this writing, but the area of heaviest damage had been identified as the kitchen.  The fire and smoke damage will make the home unlivable, according to Bopp, until repairs are made.  A Fire Inspector will determine the cause.