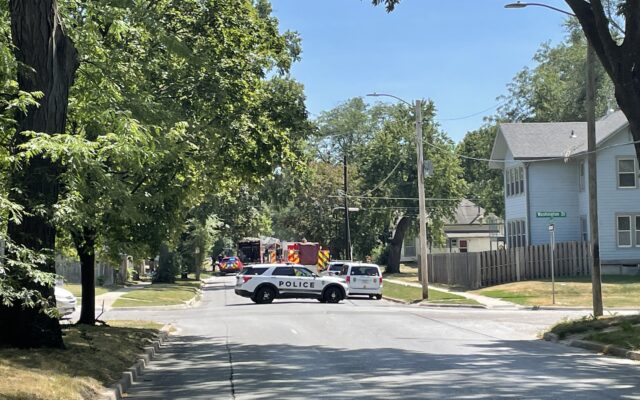 Lincoln, NE (August 12, 2022)  Fire drove residents from a three story apartment building in the near south neighborhood Friday afternoon. It broke out on the deck of a third floor apartment at 1615 Garfield Street.

Fire crews rotated in and out of the building, and a second alarm was sounded shortly after the first engine arrived. No one was reported hurt.  A fire investigator was on the scene, but the cause won’t be released until the investigation is complete.