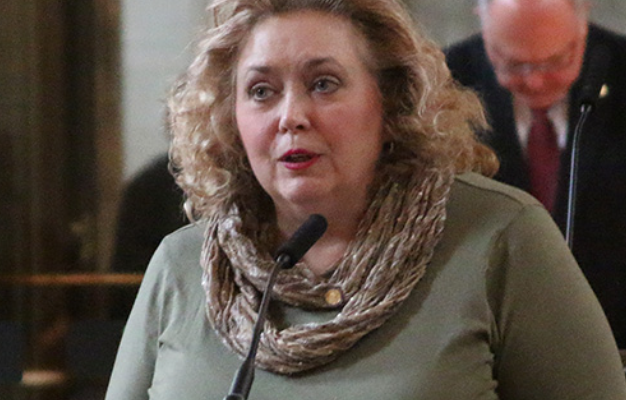 Lincoln, NE (August 9, 2021)  So far, the 2022 Nebraska Governor’s Race has been all about the Republicans.  Three have filed so far, with a fourth giving consideration.  Today, the situation changed, as the first Democrat emerged from the political shadows.

A Nebraska state senator and former city council member from Bellevue is weighing a bid for governor. Sen. Carol Blood unveiled a new campaign website Monday where she’s taking donations and describing herself as a level-headed public servant with a record of governing.

If she commits to running, Blood would be the first Democratic candidate to declare a bid for governor. She’s seeking to replace Republican Gov. Pete Ricketts, who is term-limited, in a state dominated by the GOP.

Blood was elected to the Nebraska Legislature in 2016, defeating a Republican incumbent in a politically divided Sarpy County district. She was re-elected to the seat in 2020, overcoming a GOP challenger in the officially nonpartisan election.