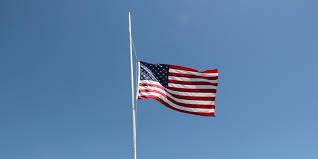 (KFOR NEWS  September 9, 2022)    In accordance with a proclamation from the White House, U.S are to be flown at half-staff to honor Queen Elizabeth II of the United Kingdom.  Governor Ricketts enacted the proclamation for Nebraska flags as well.

Queen Elizabeth II had served as head of state in the United Kingdom for over 70 years, since ascending to the throne on February 6th, 1952.  Her reign as queen was the longest of any British monarch.  She passed away earlier today in Scotland at age 96.

Flags should be flown at half-staff until sunset on the day of her interment.

The proclamation can be found by clicking here.