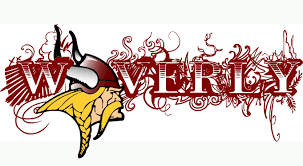 FIRTH—(KFOR Sept. 27)—In what was a defensive battle in the second half finally gave way to one final drive for the Class B third-ranked Waverly football team to stay undefeated.

Waverly (5-0) got the ball back at their own 12-yard line, after a Norris punt on a stalled drive.  Facing a 4th down and 2 situation at their own 25-yard line with under four minutes left, the Vikings drew the Titans offside to get the first down.

Quarterback Mason Nieman, who ran the ball 20 times for 169 yards, kept the drive in tact by running the ball five times for 50 yards, including a 33-yard scamper to set up Canoyer’s winning touchdown run.

Waverly committed two fumbles in the game that were deep in Norris territory, but the Titans could never capitalize both times.  The Vikings still had 320 yards of rushing, just 80 yards less of their average per game.