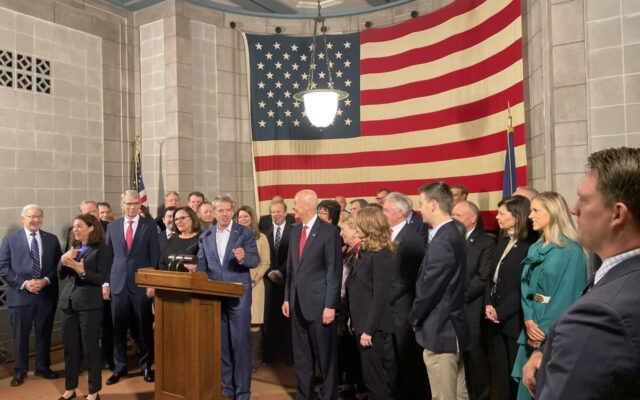 “Pete Ricketts fits the bill,” said Governor Pillen. “He is hard-working, a positive leader, and someone who advocates for conservative and Christian values. Pete has a proven record of serving the state, both in times of plenty and in times of crisis. These are the attributes that he will take with him on his journey to Washington.”

In total, 111 applicants applied for the seat. Nine candidates were interviewed.

Governor Pillen listed five criteria for his process in identifying the right candidate:

Senator-designate Pete Ricketts said he looks forward to representing Nebraskans in the Senate:
“I’m humbled and honored by this unexpected opportunity to continue serving the people of Nebraska. It’s never been more important that we advance Nebraska’s interests and commonsense, conservative values in Congress, and that’s what my focus will be.”
Senator Deb Fischer said she looks forward to working with her new colleague:
“Congratulations to Pete, Susanne, and their whole family. We all know that Pete loves Nebraska, and that he is committed to continuing to serve the people of our great state. I look forward to working together in this new capacity and forging a strong partnership in the U.S. Senate. We will continue to fight every day for a stronger Nebraska and a more secure nation.”