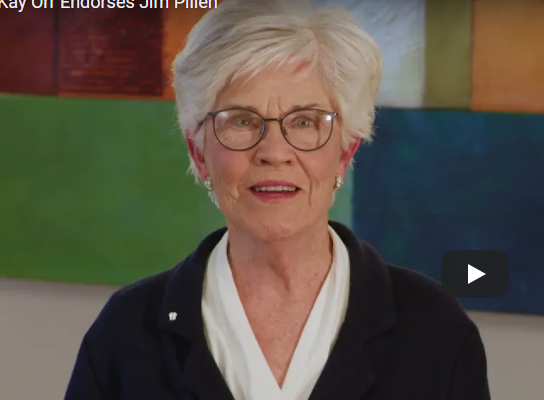 Lincoln, NE (August 9, 2021)  Former Governor Kay Orr is the latest public figure to enter the debate on whether discussions of Critical Race Theory should be part of a University of Nebraska education.  A resolution to ban the theory from N-U classes is the agenda of The Board of Regents meeting this Friday.  The resolution was introduced by Regent Jim Pillen, who is also a candidate for Governor.

I am writing in regards to the recent statement on the CRT resolution (linked here) that was sent from your office. Though I have other issues with its content, there is one specific passage that was particularly disturbing. Your office stated: “With the current anti-CRT movement emboldening white supremacist groups like the KKK, and with defenders of CRT receiving death threats and extreme attacks, the authors may have unwittingly invited those undemocratic and hateful actions into the lives of members of the UNL community, based on misinformation, distortions, and fallacies.”

It has been my belief that for those of us in positions of authority, our words to communicate should be edifying as well as noble and encouraging. I believe your statement is inflammatory and beneath the dignity of your office.

During my time as governor, I was given the opportunity to demonstrate my belief in and support for education. This was done through generous financial support to K-12 education and the university system. I am particularly proud of the work my administration did to create the first dedicated research funding for the University of Nebraska system, a move which led to the creation of future research programs at the University of Nebraska-Lincoln that you inherited.

Never in my time in Nebraska has the Office of the Chancellor been wielded as a weapon against duly elected leaders. The University would do you well to remember that as a tax-supported institution, they are responsible to reflect the virtues that are embodied in the minds and hearts of Nebraska citizens.