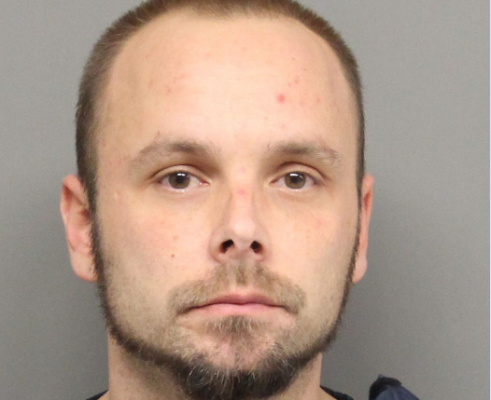 Lincoln Police say officers were called just before 4pm Monday to Sasquatch Self Storage at 201 South Coddington about a burglary, where a 38-year-old woman and a 34-year-old man reported their storage unit has been entered sometime during the overnight hours.  It’s believed that entry was made from a neighboring unit by removing a panel from a shared wall.  Several items were stolen for a $1,500 loss.

Management of the storage unit was contacted and officers contacted the renter of the neighboring unit, 58-year-old Jeffrey Adams, and someone that frequently goes to that same unit, 39-year-old Julie Rodgers.  Security video reviewed by officers  showed Rodgers showing up to the storage unit around 10pm Sunday, after pulling up in a blue Ford Escape, which later was determined to be stolen on Christmas Day out of Omaha.  Another man, 36-year-old Brandyn Tomes, was with Rodgers.

Police say officers later on Monday went to Tomes’ home and found the blue Ford Escape outside and in the vehicle, where officers found a user amount of methamphetamine and a homemade firework.  Probable cause was developed by LPD and determined Adams stolen the car from Omaha and gave it to Rodgers and Tomes.

Officers later contacted Rodgers at her Lincoln home and no one answered the door.  A search warrant was obtained by LPD and it was served at Rodgers’ home, where she was found hiding within a sofa.  Officers also found 56-year-old James Roper inside the home.  The search of the home found a user amount of meth, drug paraphernalia, suspected stolen items and a 9mm handgun.