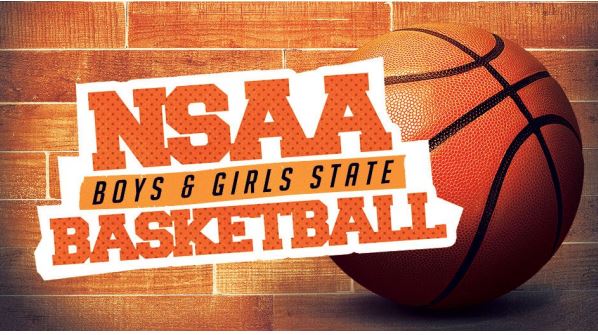 LINCOLN–(KLMS Mar. 8)–Fourth-seeded Norris overcame a slow offensive start on Tuesday morning, but the Titans found some range in the second half to earn a 43-22 victory over No. 5 seed York in the Class B girls quarterfinals of the NSAA State Basketball Tournament at Pinnacle Bank Arena.

After leading 18-6 at halftime, Norris found some long range shooting in 6-3 senior Ella Waters, who sank a pair of three-pointers in back-to-back possessions in the second half.  Meanwhile, the Titans continued to shut down York’s inside duo of 6-1 Masa Scheierman and 6-2 Anna Briggs.  Both post players for the Dukes combined for six points.

No one from Norris scored in double-figures.  The Titans got nine points apiece from Annie Rice and 6-0 forward Sage Burbach.

The defending champion Wolves started things off Tuesday morning with a a matchup with Waverly, who came in as the eighth-seed of the tournament.  Sophomore guard Britt Prince scored a game-high 19 points to lead Elkhorn North, who improved to 24-1 overall.

The Wolves led 15-5 after the first quarter, with Prince accounting for 10 of those points.  Waverly (12-12) did put up a good defensive front by using a full-court press that caused some problems for Elkhorn North.