Google Plans To Invest Over $750 Million In Nebraska This Year 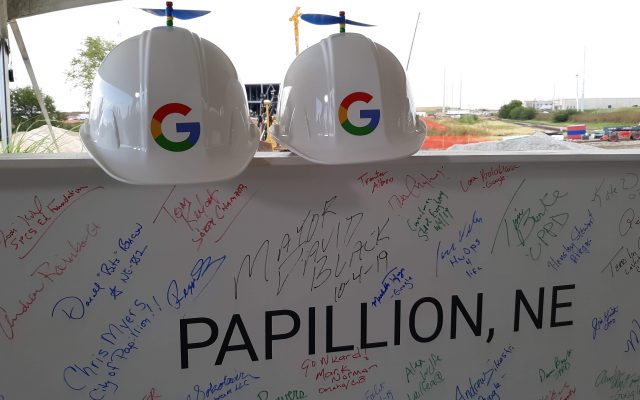 (KFOR NEWS  April 22, 2022)  Google announced plans to invest over $750 million in Nebraska this year at an event held Thursday with Governor Pete Ricketts and Omaha Mayor Jean Stothert at the company’s Papillion data center.  Nationally, Google plans to invest approximately $9.5 billion in offices and data centers and create at least 12,000 new full-time Google jobs across the U.S. this year.

“Google’s offices and data centers provide vital anchors to our local communities and help us contribute to their economies. As we embrace more flexibility in how we work, we believe it’s more important than ever to invest in our campuses and that doing so will make for better products, a greater quality of life for our employees, and stronger communities,” said Sundar Pichai, CEO of Google and Alphabet. “That’s why we’re planning to invest approximately $9.5 billion in U.S. offices and data centers this year, creating more than 12,000 Google jobs in communities across the country.”

“Thank you to Google for choosing to grow in Nebraska with a $750 million investment. Added to the $600 million investment in 2019, Google has put well over a billion dollars into its operations in the Cornhusker State,” said Governor Pete Ricketts.

Google also intends to give $100,000 to the new Central Public Library project, an effort that is expected to be transformational for the Greater Omaha region.

“Thank you, Google, for recognizing the potential in Omaha and our state with your $750 million investment in Nebraska,” said Omaha Mayor Jean Stothert. “It will join other significant economic investments to enhance our region with opportunities and resources. We are grateful for your investments not just in infrastructure but also in nonprofit projects, technology and education.”

Google creates economic opportunities across the Cornhusker state. In 2019, Google broke ground on a data center in Papillion where more than 120 people work in a variety of full time and external supplier roles, including computer technicians, engineers and various food service, maintenance and security roles.

Google also released their 2021 Economic Impact Report for Nebraska today, sharing how Google helped provide $4.08 billion of economic activity for tens of thousands of businesses, nonprofits, publishers, creators, and developers in Nebraska who used Google products last year to increase their online presence and connect with the people and communities they serve.

eCreamery in Omaha is highlighted in Google’s Economic Impact Report for Nebraska in a case study that details how they used digital tools to reach customers. Owners Abby Jordan and Becky App have used Google tools to market their business, eCreamery Gourmet Ice Cream and Gelato, from the start. They run both a retail website with customizable flavors and labels and two neighborhood storefronts in Omaha.

“Google Analytics helped us determine referral traffic and optimize our landing pages for organic traffic,” Jordan said.  They could see which flavors people were searching for, like butter brickle (popular in the Midwest), and green tea (added as a result of that search insight). When both stores temporarily shut down during the COVID-19 pandemic, the team rallied around the e-commerce side of the business. In 2020, they shipped to all 50 states and doubled their year-over-year online revenue.

“Google Ads made sure we appeared in the right places, where people were looking for a heartfelt, delicious, personal gift,” Jordan said.