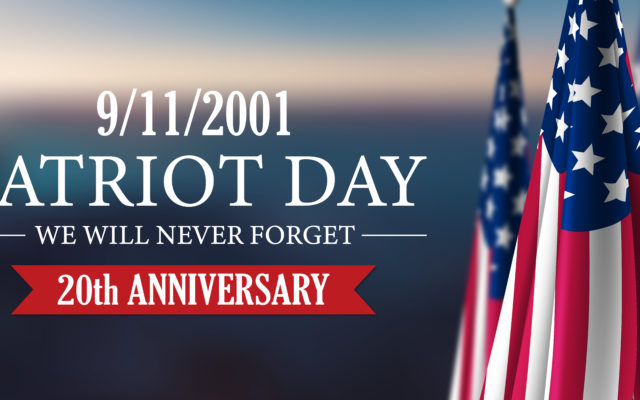 “Twenty years ago, our nation experienced the shock and horror of the 9/11 terrorist attacks.  No one old enough to remember September 11, 2001 will ever forget that day.  Even two decades later, memories come flooding back from the events of that morning.”

“As tragic as that day was, the heroes of 9/11 will forever be remembered for their amazing display of American bravery.  Firefighters heroically ran into the burning towers and up stairways to perform rescues.  First responders selflessly tended to the wounded, even as they struggled to breathe themselves due to the clouds of dust and ash.  Passengers on Flight 93 sacrificed their lives to prevent hijackers from flying the plane into the U.S. Capitol.”

“These stories of courage have become part the American Story, and they’ll inspire generations of Americans for years to come.  As we celebrate Patriot Day this year, let’s recall the selflessness of those who made the ultimate sacrifice in service of their countrymen on 9/11.  And let’s work together to teach the next generation of Americans to honor our flag, love our country, and uphold the freedoms we’ve inherited.”

The Governor also complied with a request from President Joe Biden, and ordered that all U.S. and Nebraska flags fly at half-staff until Sunset on Friday, September 17, in honor of Marine Corporal Deagan Page of Omaha, who was one of 13 U.S. Military personnel killed in a terrorist attack at the airport in Kabul, Afghanistan two weeks ago.  Also, to honor all the victims of the 9/11 terrorist attacks.