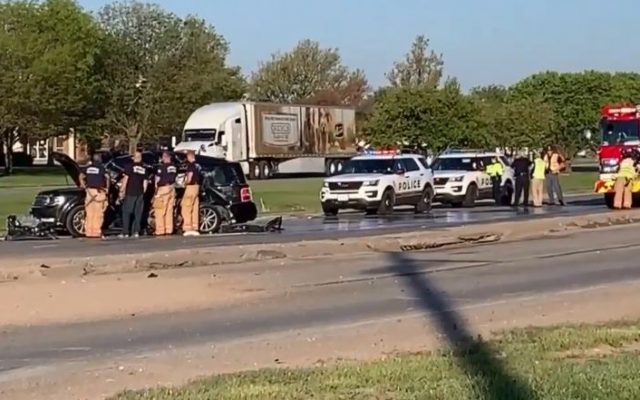 “Nebraskans throughout the state are members of local police and fire departments, and volunteer in our communities to respond to emergencies,” said Governor Ricketts. “Our first responders are our neighbors,  family, and friends. They risk their lives each time they respond to help those in need following a crash. We can help too by slowing down and moving over when encountering emergency responders on the roadway.”

From January to October of this year, over 50 responders nationwide have been killed when struck by  vehicles while responding to incidents on roads. Each of those responders was working to help those  in need, while also working to help move traffic through the crash scene.

“Safety is always the number one priority for NDOT, whether it’s constructing our roadways, creating  awareness of safe driving, or working collectively to improve safety for our crash responders,’ said Director John Selmer. “We at NDOT are proud of the work we do with our partners to continue to improve clearance times, establish best practices, and find better ways to work together in the name of safety.”

Many of Nebraska’s first responders are well educated in the concept of Traffic Incident Management. They  work collaboratively with both state and local officials to determine best practices to enhance safety during a  roadside incident.

“We work collectively to build relationships between partner agencies to be best prepared for when the worst  happens,” said Nebraska State Patrol Lt. Michael Korte. “The work we do helps us clear the scene as quickly as possible for the safety of those involved in the crash, as well as for those who may move through the  scene.”

“We are here to serve the great people of Nebraska and those traveling through our state, but we also want to go home and be with our loved ones,” said Matt Mau, member of the Waco Volunteer Fire Department. “Please slow down and move over so that we can all go home.”

November 8-14 is National Crash Responder Safety Week, formerly known as National Traffic Incident  Response Awareness Week, which recognizes the work of first responders, advocates for participation in  Traffic Incident training and implementation, and asks the public to do their part by moving over and slowing  down when encountering emergency responders on the roadway.